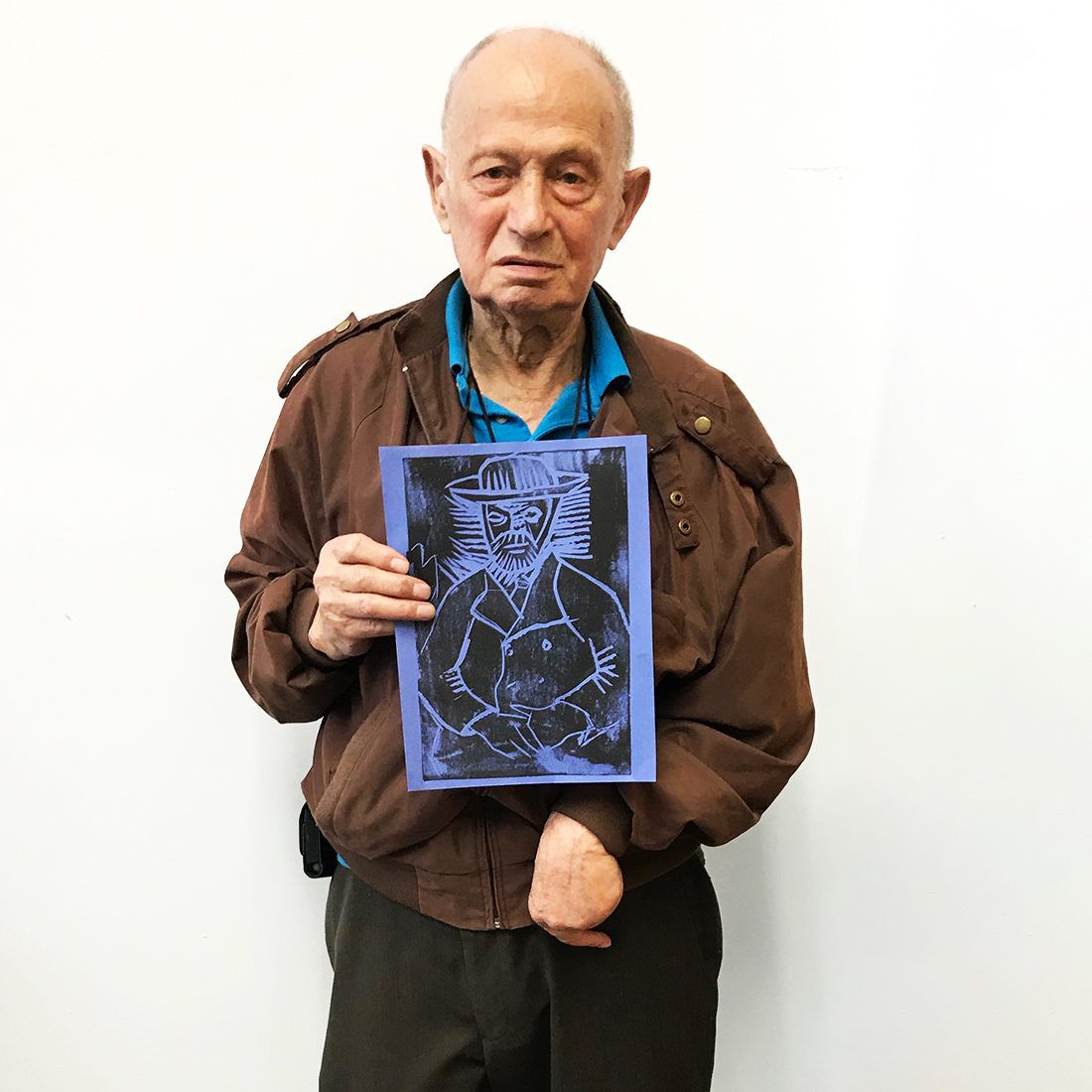 Retiree, worked as a gas heating engineer in Kiev for many years. Last 30 some years resided in Brooklyn, being one of the most active volunteers at the Bensonhurst Community Cultural Center. Died in spring 2020 during the coronavirus pandemic. יהיה זכרו ברוך

Vilen was born on November 25, 1929 in Kiev, his father was a school director. His mother was a teacher. His father went to the army in the first days of war. Vil and his mother were evacuated with the Urban Department of Public Education to Buzuluk, a town in the Chkalov Region (now — Orenburg Region).
Every day after school he would go to repair the vehicles at the railroad depot. In 1944 due to Stalin’s order “all evacuated railroad workers are to return to their places of residence” Vil with his mother came back to Kiev. In 1950’s he got a “gas supply engineer” degree at college.
His father had a bullet in the head from the war wound and died in 1966.
When Vil was around 45-50 he suffered a stroke.
He recovered and continue working at the design institute.
In 1980’s he moved to the USA with his wife, mother and two daughters.

Author's inscription in pencil on the left margin: “These are the spouses Gil Maya and William. Together for 67 years. The drawing made 24 of January 2020." On the upper right corner of the drawing back is the black stamp - "The Seniors Art Museum".

The inscription in pencil on the left margin: "Vilen Gil, Kiev 1929 heat and gas supply engineer." On the upper right corner of the drawing back is the black stamp - "The Seniors Art Museum" and the traces of black paint on the bottom left.