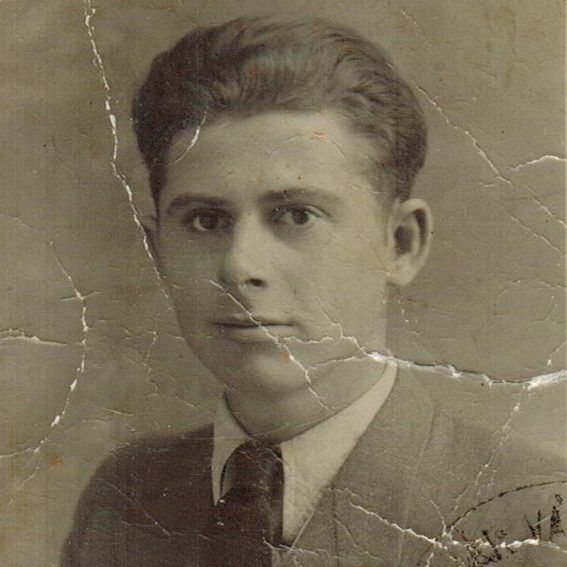 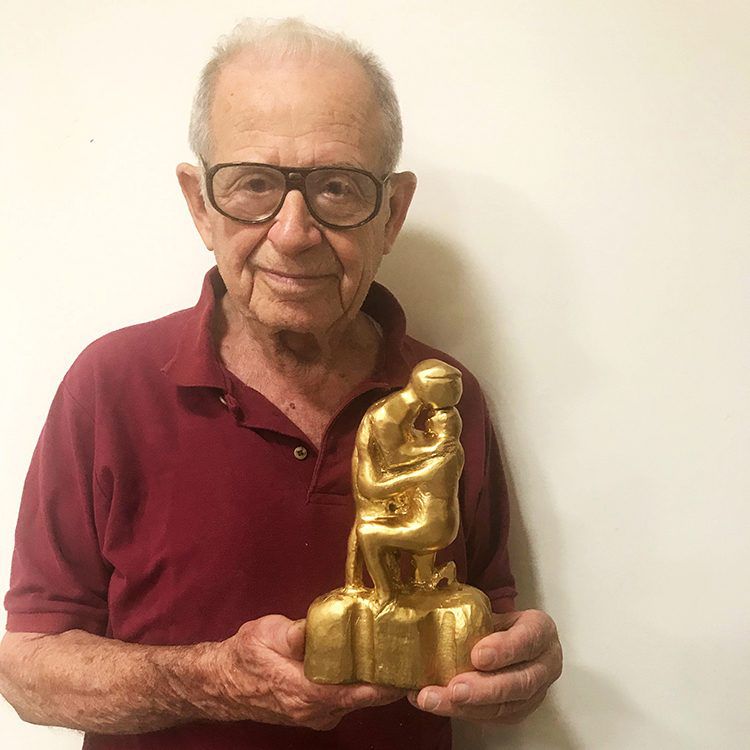 93-year-old retiree from Hod Hasharon (Israel) Arie Fetman, who was born in Budapest in 1926. Arie and I are longtime friends, he has been attending wood-carving classes for several years. Arie asked us to say that he got the name "Arie" in Israel only in 1948. Before that, he called George. In the photo you see George- Arie back in 1948, when he was 22 years old. Although in the German concentration camp George Fetman remained George, in Israel he became Arie. Mostly, Arie Fetman finds inspiration in the works of Sandro Botticelli (real name Alessandro di Mariano di Vanni Filipepi; March 1, 1445 - May 17, 1510), an Italian artist, one of the significant masters of the Renaissance, a member of the Florentine school of painting.

In his own words:

"I was born in Hungary in 1926, on October, 1. During the war, I worked for the Germans in a work camp as a Jew at a training airfield. In March 1945, at night, I stole potato peelings from under the snow, and they caught me. As a punishment, I was assigned to hang on the rack for one hour the next day. I hid in a hole about a meter deep, 40 cm wide and lied there all day. In the evening I got out, it was in Austria, in a camp near the village of Schachendorf, I was alive and heard some shooting, "tr-r-r-r", the Germans on one side, the Russians on the other, by the evening the Russians came and I was free. In 1948 I moved to Israel and immediately served in the army for 2 years. I got married in 1950, was engaged in orthopedics, making wooden prostheses. I lived in Petah Tikva, and as 4 years ago my wife died, I did not want to live alone and moved to a nursing home.

I understand Russian just a little

And I have already been released from the camp

Where I hung on a rack for one hour

For stealing potato peels in the kitchen

Only the thought of my mother saved me

She asked to survive to the end

Well, the Soviets came to Budapest

They took me to the commandant's office, to work for 24 hours

During the day they had to catch, kill and fuck

Whom to catch and kill?

And whom to fuck?

The war was not over yet

They had to eat and drink so they appointed me

In the evenings I took two Russians with machine guns

I was also given a machine gun

Led them to addresses

We would come with these two

One was on the right another on the left

And I was in the middle

They called the doorbell and no one would open right away

I then spoke to the soldier

To shoot into the air just once

And the door was immediately opened

I would tell them

Welcome them for the night

Oh but no, they have already taken everything, they would answer

And there were chickens, pigs, farmstead

What pig to slaughter?

So I worked in the commandant's office for 24 hours

The Hungarian sausage is the best in the world

I'll bring some for you, but hush-hush-hush

Don't show sausage to our folk