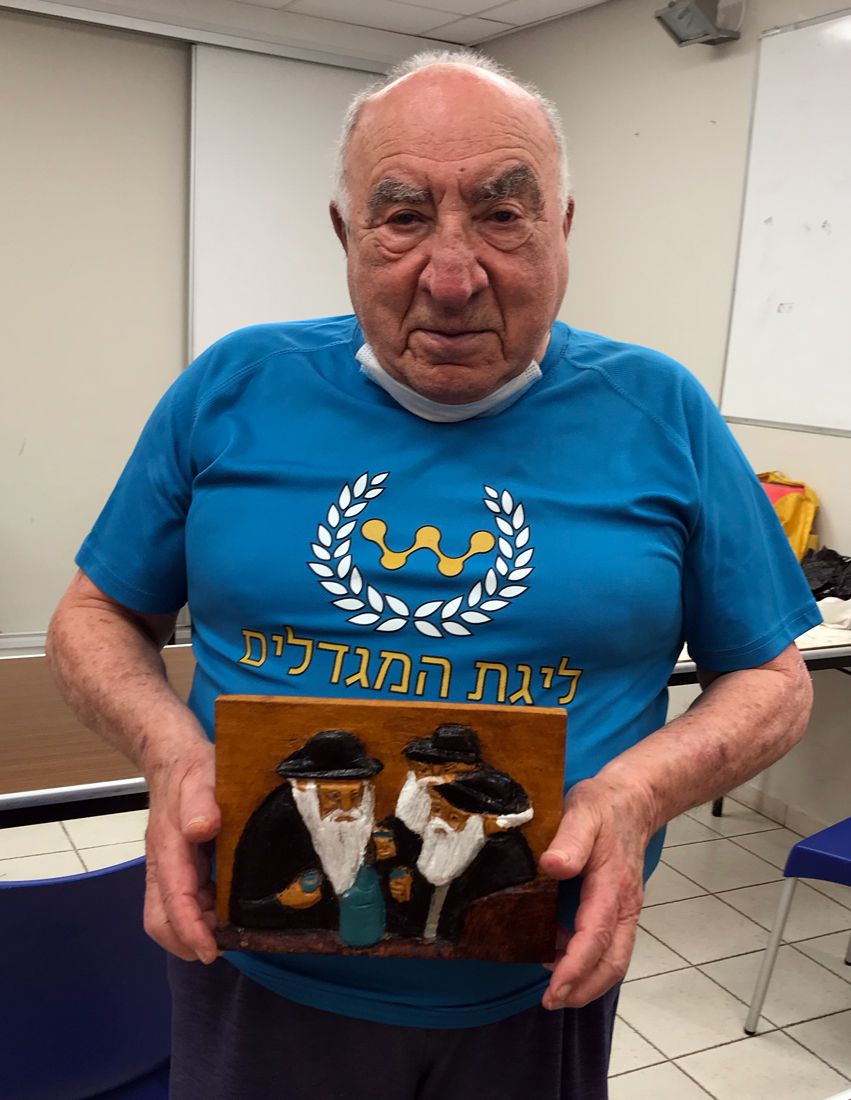 Born in Vilnius in 1926. Retired math teacher. Moshe speaks Russian because before the war he was deported from Lithuania to Siberia. From 1943 to 1947 he served as a radiotelegraph operator of an anti-aircraft artillery battalion, first in the Red Army, and since 1946 in the Soviet Army. He ended the war in Manchjuria, on the border of three countries - the USSR, China and Mongolia Was the lead singer in his artillery battalion.